An Interview With Author, Gloria Zachgo--Part 1 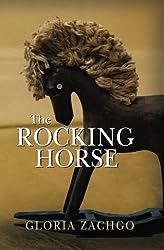 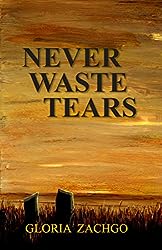 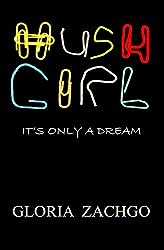 Gloria Zachgo graciously agreed to an interview. Part 1 runs today and Part 2 will be posted tomorrow. Gloria's answers to my questions will give some insight to what is involved in writing and self-publishing a novel. Her three book covers and her thoughts her might entice you to read the books. Check them out at Amazon.

A little over ten years. Unlike a lot of writers I’ve met, who have been creative writing since they were children, I started later in my life.

2.      Are you a self-taught writer, or have an advanced degree in the Fine Arts?

My formal education was from a business school, so my creative writing is mostly self-taught. I joined a writing group about ten years ago to improve my communication skills. Little did I know how it would change my life.

When I first started writing, I found it therapeutic to write a few memoirs, but it was when I experimented writing short fictional stories that I found my true passion.

I attended a workshop given by mystery author, Nancy Pickard. Driving home from that workshop, the image of one of my short stories kept popping into my mind. I wanted to find out what happened to Julie, so I challenged myself to develop her story into a novel. I wrote a scene at a time, sending each one to a writer friend for a critique. Once I had all the scenes written, I put them into chapters and wove them together into a finished manuscript.

4.      You have self-published 3 books. What made you decide to publish this way?

Each week at my writing group, I read a chapter of my manuscript, The Rocking Horse. The encouragement I received led me on a quest to find an agent. I queried about eighty agents over the next six months. The rejections were kind but plentiful.

I could have put the manuscript in a drawer and forgot it. Instead, I chose to follow through with the dream of having a debut novel. So, with support from family and friends, I began exploring the self- publishing world. My research led me to CreateSpace, where I invested in one of their self-publishing packages offered at that time.

After learning the basics of self-publishing a print-on-demand book for my first novel, I decided to use CreateSpace, doing most of the published work myself on Never Waste Tears and Hush Girl.  It’s worked well for me.

5.      Do you have your manuscripts edited professionally? Or do it on your own?

I’ve done both – with mixed results. Most people in the writing world will advise authors to never do their own editing. One of my books is a perfect example of why. Following, are my three experiences...

The Rocking Horse was professionally edited. Even though it won an Honorable Mention in Writer’s Digest 20th Annual Book Awards and received great reviews, I’ve still received criticism on its editing.

Never Waste Tears was self-edited. Ironically, I never heard the editing criticism that I received on The Rocking Horse. Never Waste Tears received an indie B.R.A.G. Medallion and was a semi-finalist in the Kindle Book Review competition.

Hush Girl: It’s Only a Dream was self-edited. It was an economic decision, as professional editing can get quite expensive. It’s a time-consuming, difficult task. I thought I had done a fairly good job when I first published Hush Girl. I received some great reviews on the story itself. But, I was also told I had some editing problems. When I re-read my manuscript, I was shocked at the errors I found. I was so disappointed in myself because most of the mistakes were simply a matter of careless proofreading.

After beating myself up for a few days, I decided to learn from the experience. I’m currently trying to amend some of the damage done. I loved telling Nicki’s story, and many of my readers have told me they loved the story too. So, I’m once more putting on the editing hat and I will re-publish as soon as possible. It still won’t be perfect, but I will try to make it the very best I can.

Part 2 of the interview in tomorrow's blog includes Gloria's advice to other writers.
By Nancy Julien Kopp Nancy - June 13, 2017

Keeping and Sharing Your Family Stories 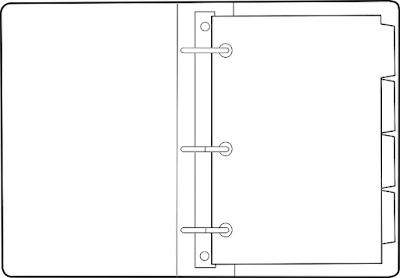 Nancy
Manhattan, KS, United States
I have been published in 24 Chicken Soup for the Soul books, several other anthologies, newspapers, magazines and ezines. My writing includes award winning fiction for children, creative nonfiction, poetry, travel and personal essays. I was named Prose Writer of the Year in 2013 by the Kansas Authors Club. A former teacher, I continue to teach through the written word.